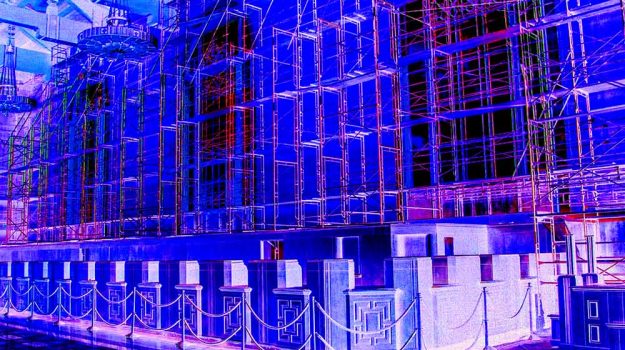 Today’s example of leading lines and main focal points leads me in the direction of this room where renovations of the leaded windows, floors, and ceilings are going on. Purely from a composition point of view, the main wall and ceilings are loaded with countless linear surprises. I really enjoy a very detailed photo; especially edge-to-edge excitement. I thought we should start another daily game. The Daily Location Game. I post an image, the audience guesses where it is, and we move on to tomorrow’s location. As long as Player 1 continues to get the answers correct, he/she will continue to be the winner, winning photo equipment, trips, etc. You LA guys and gals should get this very quickly. 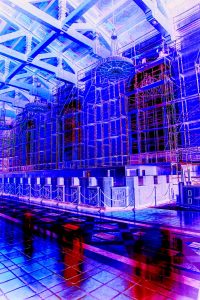 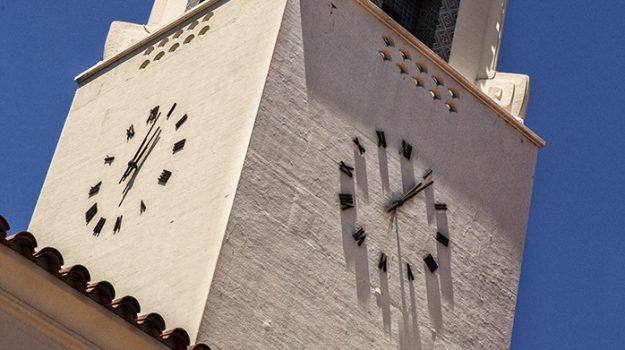 My idea was to represent both motion and stillness in the same image. I could visualize this happening at Union Station in downtown Los Angeles. I’ve been there numerous times over the years and I can see the commuters running from the ground level tracks to the below ground tunnels leading to their bus terminals above ground and their subway trains below ground level. Got that! When their suburban trains arrive it is a mad dash to catch their trains that take them all over LA. In this chaotic environment I wanted someone standing still facing the flow of hectic commuters. My wife graciously volunteered to be my model. Looking at her cell phone was her idea. She’s a good sport putting up with all my requests. I’m not sure what convinced her to come along at 5am in the morning, maybe it was the salivating promise of a French dip sandwich at Philippes, just two blocks away from Union Station.
Posting....