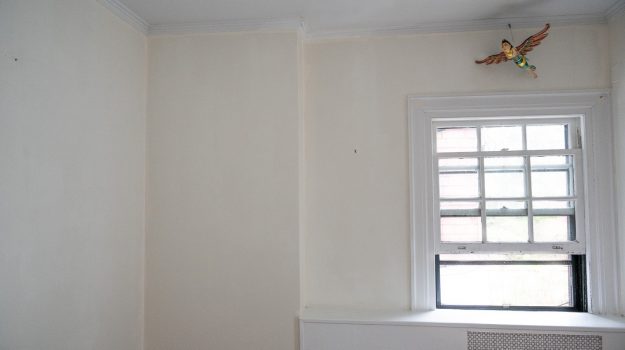 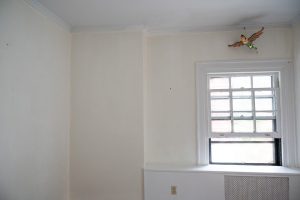 From the day he was born, my son has had this angel flying in his bedroom window. He and I have talked and laughed about the angel most nights for nearly 20 years now. To both of us, she’s a source of fascination and an object worthy of our reverence. In the early days of the pandemic, I decided to use the time to paint his room, which meant taking the angel down. He insisted I put the angel back right away before the first coat of paint was dry. That is when I took this photo. 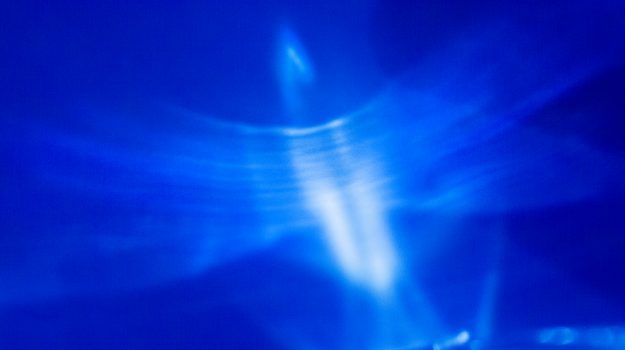 In the process of taking a drink of water I noticed a sparkle of light that came into my field of vision as I sat at the kitchen table. I froze in mid motion as I lifted up the glass to my lips to take a drink. Reflection and refraction played a major role in the way this image came into existence. Light from a small spot light in the ceiling passing through the water and then through the striations in the bottom of the clear glass projected an image on to the mat table surface. The pattern displayed on the surface varied in form as I slowly changed the angle of the glass in relation to the table. Eagle, spaceship, apparition or angel all appeared with only slight movement of the glass of water. I settled on one illusion that seemed to show up more that the others. Shooting with a macro lens gave me a shallow depth of field that only added to the feel of the abstract visitors. In the end, dialing to the cool side of color finalized the picture and granted me a visual record of the visitor. 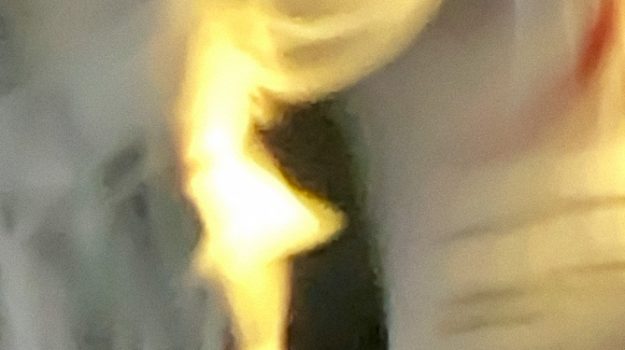 The most interesting thing about this image for me, is its origin. The subject is actually a sign depicting a strip club dancer shot through a rainy windshield.

The conversion of this exotic dancer into an angelic form is, I think, a fascinating narrative. It’s one of those quirky luck-of-the-draw kind of moments.

In hunting for this image today, I knew I wanted some kind of feminine element and we happened to be passing a strip club in downtown. We pulled over and I thought for a moment to jump out in the rain and make a few captures. But I thought better of it and was more intrigued with the rain acting as a lens on the windshield and the sign lit up in the background.

I think the image works well in the flow of the game. I like it’s ethereal nature even though the quality of the image is diminished. 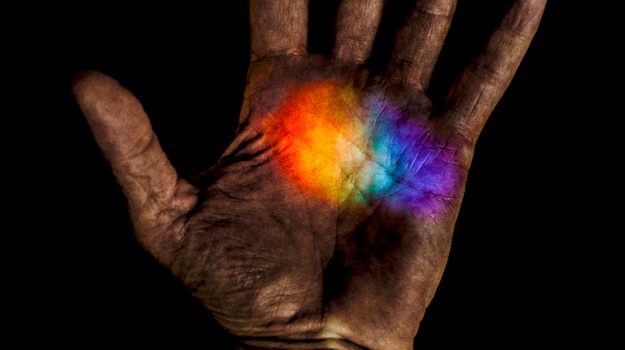 The hand is a strong symbol representing generosity, power, and purpose among many other meanings. The left hand can symbolize death in some cultures. A dear departed loved one gave me a cut crystal orb many years ago. Now it sits on a window sill and catches the late afternoon sunlight, spraying the living room with rainbows. I like to think of these spots of pure color as angels from the departed, who might also be sitting up there on the window sill. The other day I let an angel land in the palm of my hand and I photographed it. A fortune teller might read this palm and tell a good tale. This photographer thought that the image needed simplification of background and color, so that was created in Lightroom. A leathery texture was added for embellishment by sliding the Clarity slider hard to the right. With that, the image took on more meaning to me and was removed from being simply a photograph. In keeping with Robert’s image, “Different Feather”, I too am playing a different kind of winged creature. The evolution of recent bird images for the game has migrated from eatable – to real – to chrome, this then gave me the freedom to explore other kinds of avians. My contribution launches us on a different flight of fancy, perhaps a mythological or spiritual one, certainly angelic. I used a 4×5 view camera to produce this image and racked the focal plane to make this selective focus still life. This technique creates an other-world quality in the image, freeing it from the literalness of the static statue itself.
Posting....