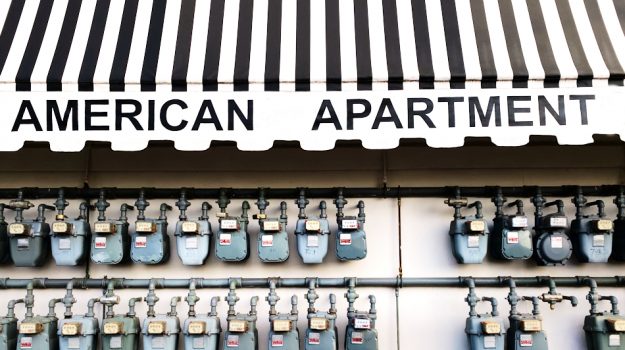 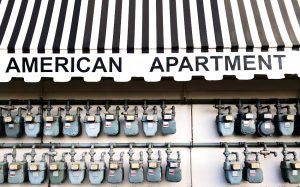 It’s fun to walk the streets with a camera passing by the other residents and along the treelined roads, but it’s the alley that really holds the soul of a neighborhood. Down this often abandoned path is where the real mechanics of the block lives amoung the deserted back entrances and discarded items. The part that makes it all work on the front side sits happily on the backside; each resident represented in this case by a meter keeping track of time and life one-meter tick at a time.

This speaks to my love of repetition. The missing meter slightly ironic as if the owner decided to take his with him. The awning cover stating the obvious for all to see like anyone had doubts exactly what was on the other side. All the meters the same, but just slightly different. Just like us. The whole scene had a funny juxtaposition. Something you frequently find when we walk the alleys of any American town. 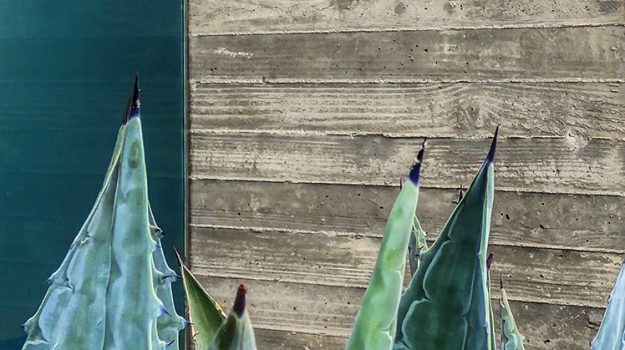 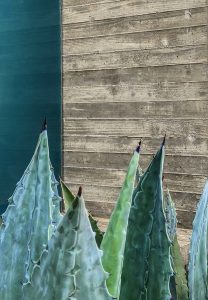 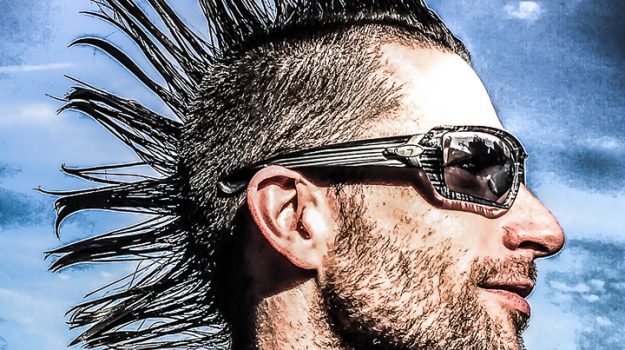 I saw this guy while waiting in line for sushi and had to make a photograph of him.

While I liked the image as a stand alone capture, I was compelled to punk it up in Lightroom. It seemed a fitting embellishment, to take the punk treatment of his hair and continue that expression in my treatment of the image.

I like the illustrative, gritty and textural nature of photograph, befitting of the subject and a strong contrast to the current narrative of our project.

Going to the Sun Road 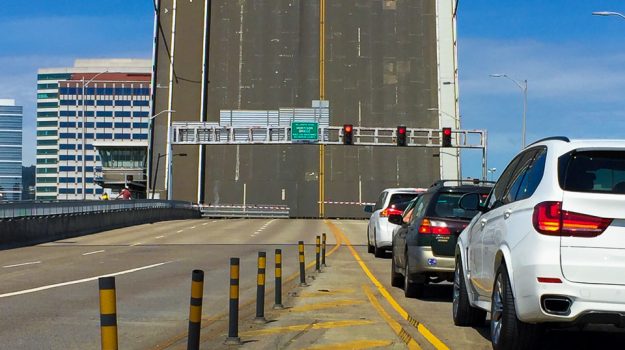 Always visually curious, I have been known to leap out of a car stopped in traffic to make a photograph. This was one such instance. Rather than explain the mechanics of what is going on in the image, I’d just as soon leave the surreal event to its peculiar perspective, both in a visual sense and in concept. The crop is very important in the image and it took me three iterations to finally decide on this final rendition. I particularly liked the way the road bleeds off the top of the frame. The title stems from Glacier Park’s famous road in Montana, where I am currently and from where I made this post. 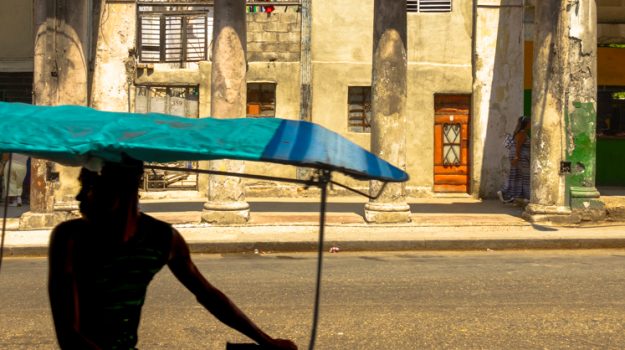 The trip to Havana was spur of the moment: no plan, no itinerary, no contacts. Just a spontaneous idea last April. With tickets for the short flight from Miami, lodging booked through AirBnB, and a small versatile camera, I took off into the socialist third world that is Cuba. I had a marvelous time. Cigars, coffee, and street photography for 5 days. My first impression was that I was visiting an economic apocalypse, which it is; but within days I had friends and had acquired a brief familiarity with a people who possess a childlike lightheartedness. They have almost nothing except for a sense of togetherness that I have never seen before in a nation of people. I don’t think they are ready for what is sure to be coming their way in the near future, but there is no looking back now. 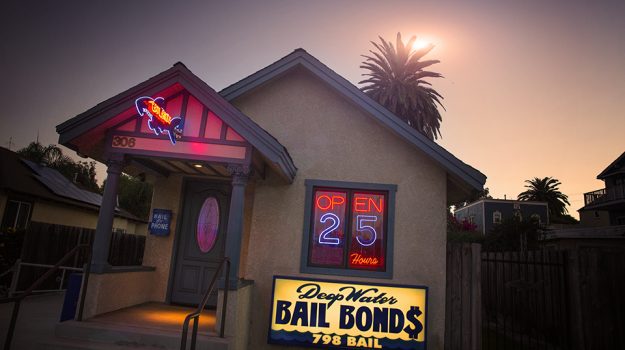 Located across the street from the local police station, this Bail Bond service has been around forever. I’ve always chuckled at their posted ‘hours’ while driving by. This image was taken at dawn this morning to take advantage of the glowing neon. I chose not to shoot at night, because I knew there would be no tone in the sky. After downloading my files, a memory from a trip last year came to mind. New Delhi has the world’s worst air pollution, worse even than Beijing. As a result, the color of sunlight all day long there is what we would consider in the range of ’sunset’ colors in the US. Wanting to give an ominous tone to this subject, I began to assemble layer after layer in Photoshop. Twice I flattened the image and then brought it into different filter ‘presets’ I’ve created to ‘de-objectify’ my images when the inspiration strikes. The vignetting, sun flare (which is completely created in post-production) and the garish neon, combine to create an environment both ominous and one which is at the very least, is not a place I want to frequent…or even visit once. The use here of digital tools not only support the concept, but augments and transform it. If you look closely, the sign above the door is the outline of a shark…deep water indeed. Satire is a fun thing to play with in photography. It’s something I think about all the time. My image, shot for today’s Daily Photo Game play’s with this notion on a couple of levels. Our new streetcar in Portland has these cycling “warning” signs along the line, when I first saw them I thought it was a joke (those crazy Portlandia’ns). The implications struck me as ironic, that is to say something that is supposed to be healthy – bike riding – might nearly kill you. The sign is so explicit, its hard to believe its real. I was reminded of these road signs as I mulled on Robert’s bicycle image “The Joker” and the lightbulb went off. At first I was content with my image straight out of the camera, however, upon closer inspection of the image, I noticed the corse dot pattern used to print the sign. Another flash of inspiration… that dot pattern, the strong primary colors and ironic subject reminded me of Roy Lichtenstein’s work. My Lichtenstein treatment of the photograph adds yet another layer – a type layer that is – to the original image, taking the piece in a more satirical direction. What struck me in the pairing of these two images was another implied message, that in playing this photograph, I became the joker as well. Apologies to Mr. Lichtenstein… Please like, comment and share below, thanks. My Chondos, also known as Chicken Condos, are nesting boxes of my design. They tie into the two nests with dead birds. In my walk-in coop are ground level nesting boxes. About a year ago, my chickens started laying eggs on top of my canvas covered BBQ. Odd? They were telling me they wanted to be up higher and safer. So, the Chondos came about. While my brother John carefully crafted these Chondos, we adjusted the design, adding a dowel perch as an alternative landing site. In case they ever had a guest, the Sky Suite comes with a vaulted ceiling. In my last play you saw their eggs, now you know where they lay them.

Interesting and graphic with a dreamy perspective on focus, in viewing Ann’s image I hear the sound of wind and chimes resonating through the shapes.The string of bright white and black elements reminded me of holiday lights and the many times I return back to this subject and aesthetic. Saturday mornings I usually pack up my paddle tennis gear, throw in a camera, and bike to my favorite spot in Venice. I imagined a series of bokeh lights in a colorful hazed background. As with previous posts this week, I was really drawn to the idea of creating a face in an abstract illusion. In maintaining continuity and connection with Ann’s image, I played off the B&W while adding a hint of color in the reflections. On this busy and crowded holiday weekend I captured this face in the entangled orbs.

Happy to be a new contributor with the Daily Photo Game, I awoke this morning ready to produce an image that would respond to Ann’s simplistic point of view. I was drawn to the simple linear lines, graphic grid, as well as the golden vintage color pallet in her capture. Heading out into today’s SoCal heat wave, I remember experiencing similar heat in urban Hong Kong.  Recalling graphic details in the city’s dense high-rise structures led me to a familiar urban center where I played off the repetitive architectural grid.