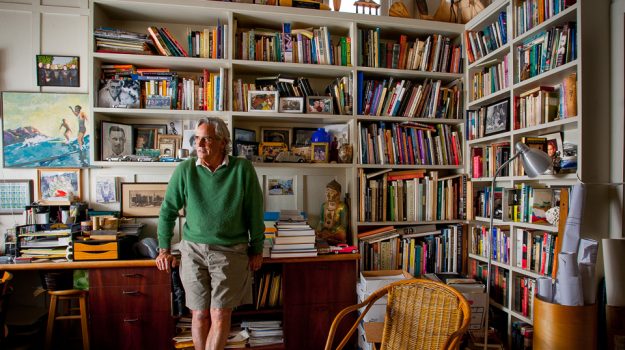 The real challenge, is to create light that looks natural. When you are trying to make light that mimics natural light where it doesn’t exist at the time, you really have to understand how light works. The sun is really, really, really far away. So the light created on our planet is virtually the same all around the world… on a sunny day. That’s where the “sunny 16 rule” comes from. The formula is 1/ISO @f16. But stuff happens to the sunlight in our atmosphere. Clouds can soften and darken the sunlight, by creating a shadow onto the earth. Clouds can be different density giving different quantity of light. North light gets a lot of talk because it is the light that is reflected from the sky and the other things on the shadow side of just about anything. Painters have used north light for centuries because of that quality and consistency. I put a strobe light in a large soft-box and pushed it up against the window of this room. To mimic north light. The window was far enough away from my subject so the falloff of light would not be dramatic. That’s the other thing about lights and the sun. A light source that is close, (the sun is far) has what we call falloff. The further the source the dimmer the light.
Posting....