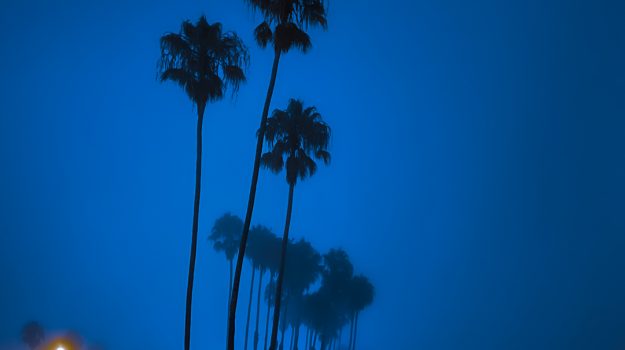 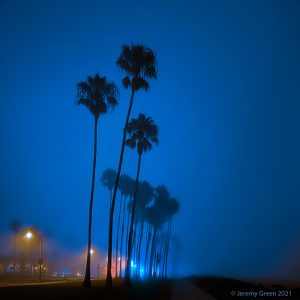 Four days of shooting in LA pre-dawn to post-sunset this week left me in need of some R&R. In my life experience the most idyllic setting in the lower forty-eight is Santa Barbara, less than a hundred miles up the coast from LA. I had gone to photography school there in the mid-1970’s and always felt that it was a privilege to have lived there for several years in my youth, without a care in the world, immersed in learning. The other night I was traipsing around the waterfront in the fog with a camera and a tripod, and it hit me that I was doing the exact same thing in the same place as I did forty-five years ago. In the time between I’ve had a photography career, and my camera has taken me around the world, has introduced me to some of the world’s most prominent people, and has enriched me in so many other ways. In spite of the camera gear I was lugging, this photograph was captured in deep darkness on my iPhone 12 Pro Max in just a few seconds, hand held(!). I never could have imagined such a thing when I was in my early twenties. 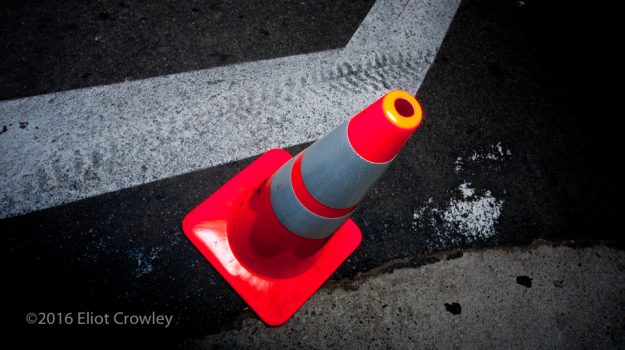 Thinking and seeing differently is key to photography. Looking down is sometimes just as rewarding as looking at the vista. In this case I saw an orange cone against the blacktop with white painted lines. Causing those lines and the cone to intersect, using the flattening effect of photography, was my choice. Including the other compositional elements of curves and spots as well were conscious decisions. I think it gives the image balance and interest, and a place in the world. The orange stands out against the naturally neutral tones of the street, giving it an, almost-floating feeling, like it is just above the surface.
Posting....