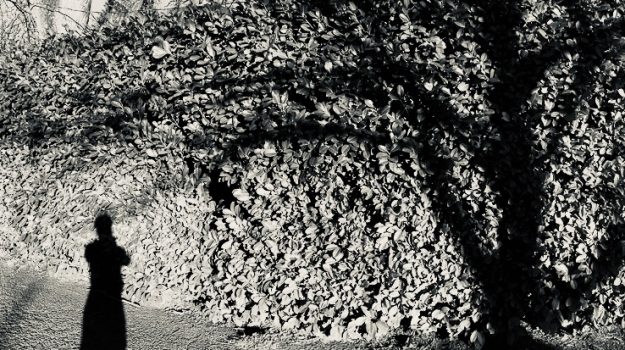 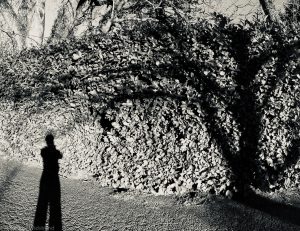 Many ideas and images came to mind for my turn at the Daily Photo Game. Fire, burned forests, flames, fire-lookouts, firemen, and various patterns that emulated Robert’s triptych image, including various plays on the number 3. My interest in art lies in concept and this image spoke to that vocabulary more than any other. Objectifying the word fire, spelled out in a lush green hedge, this image has a quality of irony that suited my fascination of where I would take the Game’s conversation. With all the fire’s burning in the Northwest this year, the image nods to that tragedy as well. The wonderful fleeting thing in Jeremy’s inspirational photograph is the smoke, from the candle. Without the smoke we only have depicted, a candle and a textured wall. The smoke will eventually go away leaving the candle all by itself. But the smoke was once part of the candle and therefore included in the photograph. My image plays on that same untouchable thing that makes the image and yet will eventually be gone. In my case it is the shadow of the tree. Later in this day the shadow will be gone leaving only the tree and the wall. If the sky was cloudy the shadow would not exist. Only the photograph can collect that moment when elegance comes together and freezes the time in a fraction of a second and holds onto the shadow… or the smoke.

To begin the game I made this image to suggest the game could go any direction without restriction. Let the games begin.
Posting....