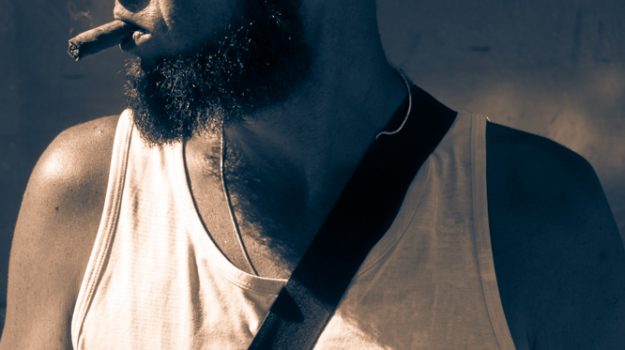 The man has lived his entire life with Fidel Castro as his supreme leader, father figure, and god. He has traveled to other parts of the world, when there were still some like-minded countries to visit, but Cuba is his home. He was happy to show me around the city of Havana. We walked all over the city and had lots of time to talk while I gawked at almost everything and shot pictures of anything. I wanted to shoot a portrait of him during our walk, and he struck this stance. I felt that it captured his side glance at the rest of the world as he lived peacefully, come what may, in Cuba.