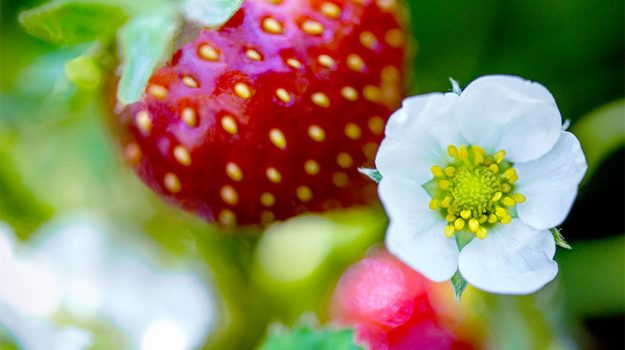 Crawling on one’s belly in the garden is a pleasurable way to spend a few moments on a warm summers day. And the strawberry patch is a great place to start. One can literally eat one way to make a photograph. I’m always so eager to pick these beautiful berries when they are ripe but I often overlook the plants small white blossoms. So today was my day to get in, get personal and indulge. 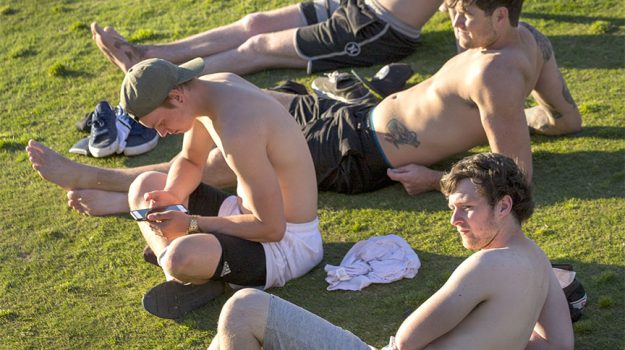 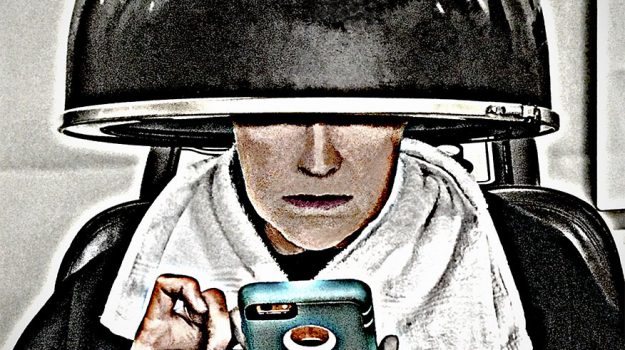 Like many men a haircut is an every once in a blue moon deal and until only recently did I find the best person in the business. My hair stylist, Mende, is beyond talented and it only took me 50+ years to find her. On this particular blue moon, during the hair washing process, I came across this scenario in her salon that I just couldn’t pass up. Sometimes you just have to take the photo or you wont be able to sleep at night. In this case my subject, while under the salon’s hooded hair dryer, was so engrossed in her texting she was unaware of the existence of anybody or anything around her. Thankfully my iPhone is always with me and with a little tweeting in Photoshop I got some great sleep that night. 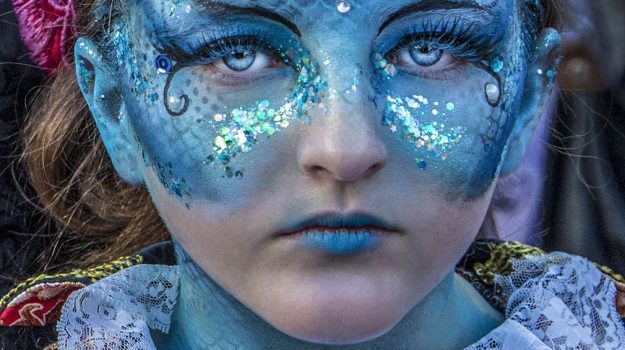 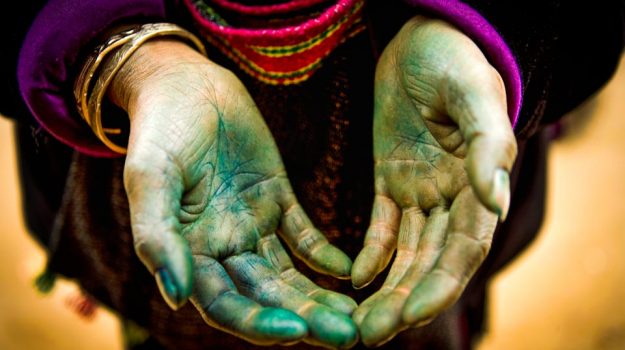 It was a stones throw from the Chinese boarder. The Northern most outpost in Vietnam before crossing into China. A daily visit to this small mountain village by the local hill people from the Black Hmong, Red Dzao, Tay, and Giáy tribes. All coming to sell what they have. Carvings, produce, game, and woven products in exchange for the necessities needed in their own villages several hours walk from here.

Her brightly colored scarves and woven belts first captured my interest as I wondered among the several dozen vendors with blankets throw randomly on the ground creating a patchwork of makeshift retail space. Crouching low to closely examine the craftsmanship as she slowly turned them over showing the detailed work she had created. It was then that I noticed the stained and worn texture of her skilled hands. A lifetime of weaving thread dyed in her village. Countless hours spent pulling and twisting the fabric had created a permanent work of art on her stained and aging palms. Like the hands of any true artisan. Time spent working the medium leaving behind a residue of the creation on the creator.

The trade. A woven belt in exchange for her asking price in Vietnamese Dong and a picture of course. The belt long since gone from my possession, but the photograph that day and my memory of that brief encounter still remain. 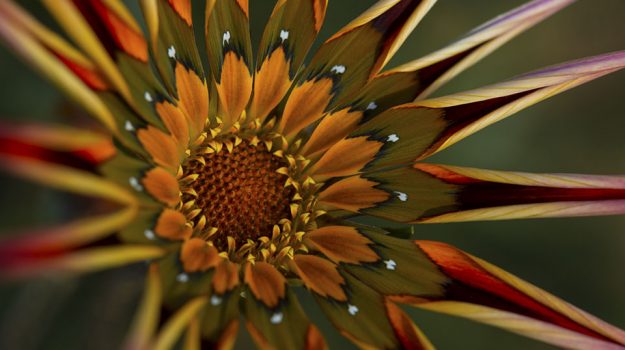 For some, photographs of flowers are not considered legitimate fine art or at best have to be in B&W.  Well, I disagree. Like everything in life, should one point of view be universal for all? I hope not. I very much enjoy and have become addicted to creating “Flower” images wherever they appear. I approach these captures not to catalog them for the botanist, florist or enthusiast but to be seen for their beauty through my own personal vision. But even here I tread on those “fine art folks” that feel “pretty photos” are not considered art. Get over it. Like all art you either like it or not, it doesn’t have to be mysterious, controversial or emotional to be “Art”. No longer am I a member of the f64 club of the past and now find satisfaction in selecting a shallow depth of field to enhance and emphasize the details I find interesting. Lighting plays a big part and I prefer the soft and somewhat directional light found on cloudy days, in natural shade or shade made from whatever is at hand. This not quite opened zinnia bicolor was found on a hillside where seeds were spread in hopes to prevent erosion and to add color. They are part of the sunflower tribe of the daisy family and come in many colors and varying shapes. Their beauty and detail can be fully appreciated once seen magnified through the use of a macro lens. It’s like discovering another world. 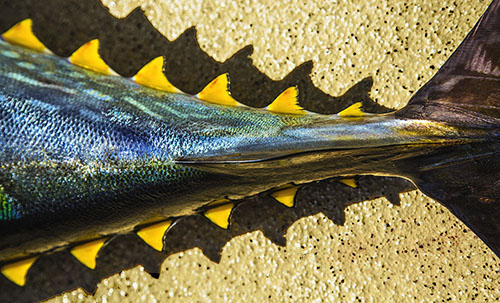 Today finds me approximately 180 miles south of San Diego off the coast of Baja California doing something I love, Long Range fishing.  Today we are catching large yellowfin tuna.  A magnificent fish that is capable of growing to more than three hundred pounds and over seven feet in length.  Tuna never sleep, spend their entire life in constant search for food and  eventually die when they can no longer consume enough food to maintain their nutritional needs.  This 100 pound specimen was lying on the deck after being caught and I was intrigued by the shadows made by the mid-day sun that intensified the unique characteristics that personify the yellowfin tuna. 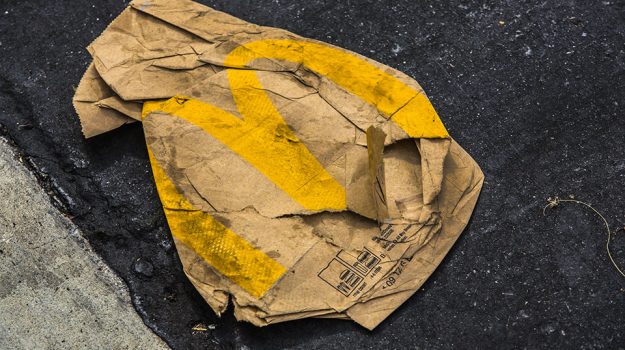 I started out the morning with a few images in mind for my post today.   While composing and capturing one of those ideas I came across this discarded paper bag in the street.  Intrigued that the bag’s graphics worked for my play’s response, I recorded it and moved on.  Not till I was editing my captures did I realize that it had become my 1st choice.  Simple in design its message speaks to me on a number of levels from our diets to our society to our environment.  I’m sure the viewer will have their own thoughts influenced by their own prejudices.  What was your first reaction?
Posting....