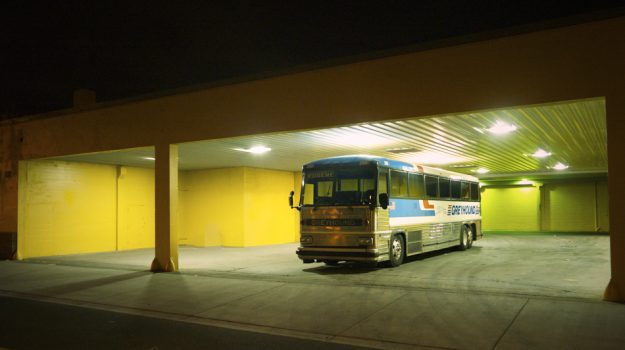 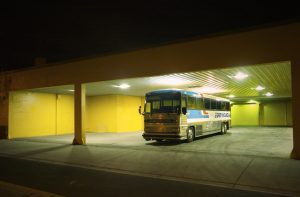 Wandering in twilight can be a great time to shoot. As the day’s ambiance fades the lights of passing buildings come into balance. Given the right timing, it can create fun urban landscapes, but the window to shoot can be short.

I happened onto the lone bus a little past optimum timing with the night sky I was looking for. Still, it was close enough to give me the feeling of isolation I wanted.

On a trip through India, I made sure that I had a window seat on the tour bus which transported us from city to city. At times, there was nothing of interest to see or photograph, but when we were in the congestion of large cities, there was constant stimuli. I found it fascinating how the locals would respond to seeing the bus, and often spotting my camera pressed up against the glass to avoid reflections. Although the subjects could not see my eyes, their penetrating looks spoke volumes about the gap between the vehicle they were in and mine. I shot very quickly because moments like this were fleeting, and often, I would not know what I had captured until we arrived at the hotel in the evening where I could review and download the files. I used several tools in Photoshop to add grit and depth to this image. Popping the green color of the bus was the last piece I added. The range of emotions, shown in the various passengers looks and postures, are an accurate representation of the culture in a big city like Delhi. Public transportation is the only option for most. And it’s crowded… 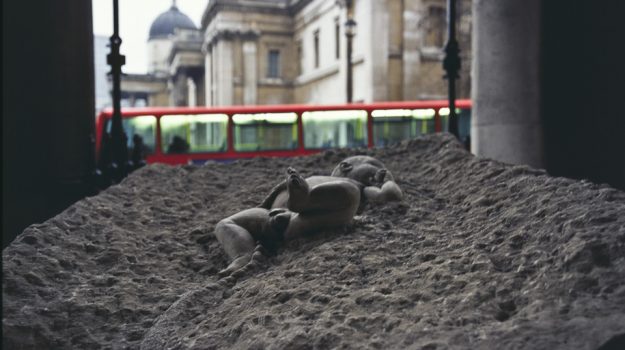 When visiting most any city, I have found it best to walk as much as you can and then some more.  You experience and see (photograph) so much more and begin to get a real sense of the place. This is a monument or sculpture near Trafagar Square in London, England. I don’t know the name or why it is there, but it fascinated me.  Here is a life size baby boy with his umbilical cord attached on a rocky bed.  It was carved out of a single rock with pillars and roof but mostly open to the elements. Close-in it is serene even with the city bustling about all around. The city with the typical overcast sky and the stone buildings and monuments is mostly monochromatic with spots of color, like the bus and those bits of color really pop out. If anyone knows the name of this monument, let me know. 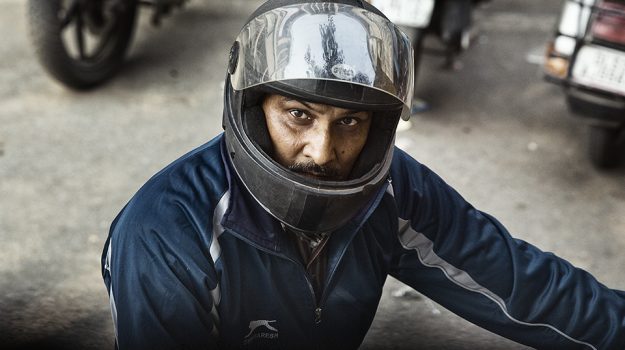 On a recent visit to India, I was overwhelmed by two things: the poverty and the intense density. I have never seen so many people occupying such small places. Public transportation is jammed. Buses and trains, Ta Ta’s and motorcycles, all filled to the max with humanity. When I returned, as I began to edit and review my images, this one of a bus with a face in each window, represented not only the state of the mass transportation, but also the ever-present bright colors on both clothing and vehicles.
Posting....