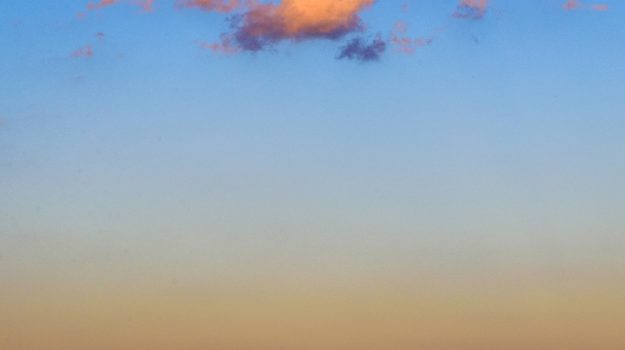 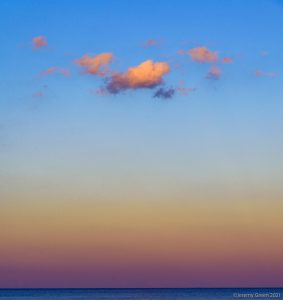 In the fifty or so years that I was party to ownership of a beach house, I think there were only one or two years when I didn’t pay a visit to that place. In the later years the act of putting camera to horizon became the simplest, greatest joy. 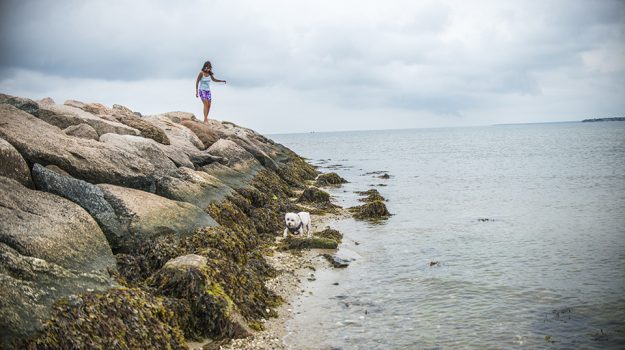 The weather was overcast and perfect lighting to do some head shots for a friend. She suggested shooting at the nearby beach as that was her happy place. I made the decision to just bring one camera with my go to 50 mm 1.4 lens as I thought this would be a simple portrait shoot and I didn’t want to chance getting sand in my camera kit. Of course after we finished she walked out on the jetty with her sweet sidekick following in the water and I couldn’t resist shooting this beautiful moment of life . I was a bit bummed that I did not have my telephoto lens with me so I could capture a close up of the way the wind was blowing against her face. It took me some time and a bit of post production to realize the beauty in the shot was all the textures and intrigue that I was able to capture from my sandy foothold. I am always amazed how this lens can be so generous in it’s ability to capture so much. 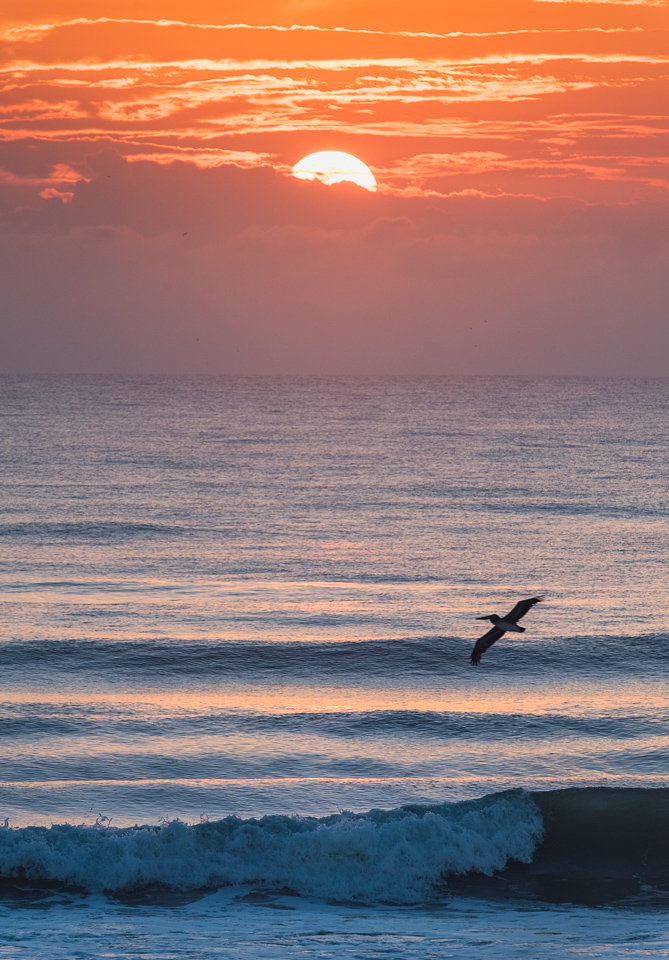 Another day in paradise. I shot this on the last morning that I was at the old family beach house in Cocoa Beach, Florida. I shot every sunrise every morning of the month that I was there, and they all had their wondrous specialness in their own unique way. This was shot this past November 10th, just before I got in the car that was all loaded up and ready to go for my road trip west back to Austin. I was filled with an overwhelming mix of feelings of gratitude, happiness, and sadness…same as always when I leave that place; but the sadness was particularly strong that morning, because it may very well be my last visit to that house before we sell it after having it for 57 years! I usually focus on the sun and let things just happen, but this morning the pelicans were cruising on the updrafts along the fronts of the waves as they often do, so I focused closer in and set the aperture to f:11 with the shutter speed set fast enough to capture the bird in flight. I let the ISO float to whatever it needed to be for a good exposure and waited for one of those pelicans to come into the frame. I got off a burst of 3 frames. The bird was moving pretty fast. It’s appropriate that I post this image on this date, January 13th, my mother’s birthday. She died about a year ago, and this place was very special to her, as it has been for me… Over what I call “the South Atlantic” meaning the Atlantic coast of Florida, the clouds are a show…and sometimes a light show. Big, towering Cumulus clouds get started in the early afternoon and roll on into the evening sunset. As in N.C. Wyeth’s painting, “The Giant”, which illustrates children playing on the beach and gazing up at the giant they imagine seeing in the clouds, I too stare up at the water in the sky over the southern Florida coast and see wondrous things.
Posting....