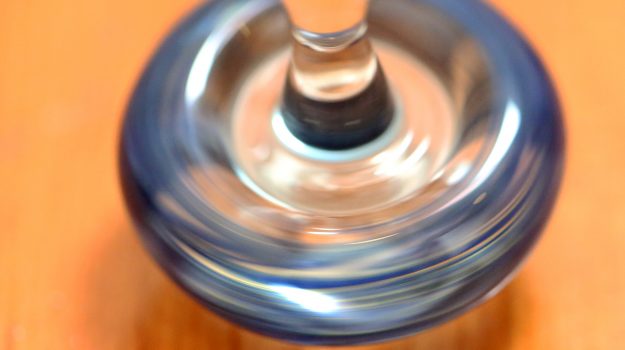 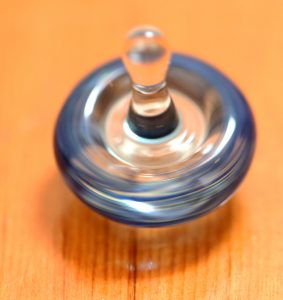 Blue Fier “2020 FINAL SPIN” 12/31/20 Today is a day we’ve all been waiting for, the last day of this awful year. I’m so relieved a new year is at our doorstep. I was very happy that our game gave me the space to play with my treasured collection of tops. I love to watch them spinning, a feast of color, motion, and light. Spin us into 2021! We’re all ready!! 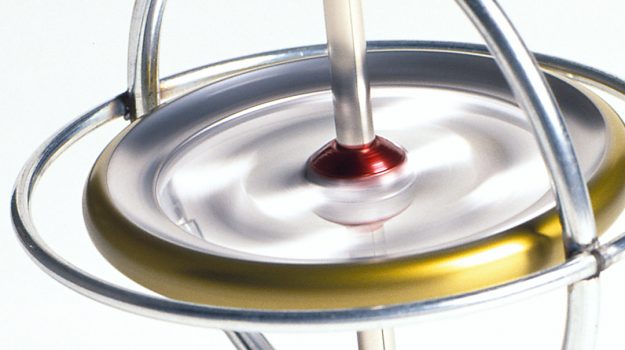 Growing up I was a fascinated with most anything mechanical and how it worked.  I later discovered physics and wow. I shot this illustrating the fundamentals of how a spinning top in angular equilibrium defies the torque of gravity. Shot it on a white surface so the spinning center would be in obvious motion and the frame still. Still fascinated with it.  Easy for me to be entertained! I collect objects that one day I will shoot. I have about 20 tops. Today was the day for this top machined out one piece of metal. The more precise the machining, the more balanced it is, the longer the spin. Shooting with a macro lens I had about a quarter of an inch depth of field. It is a learning curve to get the top to spin where you want it to be. The spinning surface needs to be level. Ideally I should have done this in a clean room filtering out the dust. Dust just falls from the sky as if it was snowing and looks like boulders this close. I used the retouching tools. Looking good now, but a bit flat in the color world. Adding hue-filled highlights were just what the shot needed. I adjusted the flash output so I got some spin motion but not freezing it still. The lower the flash output, the faster the light duration. Voila! Just what I envisioned. Following Flower Power by Russ Widstrand, herewith Wind Power.  These windmill farms are sprouting all over the mid-west like flowers in springtime, this one amidst the fields of farms near Mendotta Hills, Illinois.  One of the farmers told me that the leases the wind farmers pay him exceed the money he’d earn growing crops, so his land is now doubly profitable in terms of dollars per acre. The big question for me today was Which image do I play?  We’d been having a brief behind-the-scenes discussion recently and one of the other participants mentioned that he attempts to play the game defensively.  It was kind of funny because I’d recently been thinking exactly the same thing. Playing defensively, of course, is useless but that doesn’t mean that I’m not thinking about it.  Good example:  Jay posted a picture of soldiers’ boots the other day, got me thinking about pulling an image from my files of soldiers on patrol dating back to my time as a war correspondent.  But I was also thinking that it’s time to pitch my sneakers into the trash despite the fact that they’re comfortable and have become my favorite footwear, so I photographed them here in my studio.  Unfortunately for the sneakers, the game took another turn and so that image will have to wait for another day.
Posting....