3
I have always been interested in the traits that survive evolution. Having dry scaly skin, eggs, eyes that can rotate or telescope, breathing underwater. Flying motions that work in water and air. Having the ability to change your skin color or temperatures at will. Do we really know how humans have survived and how our brains continue to improve? How long does it take for a new trait to “grow” or “die?” Or for humans to find life on another planet? I hope I am around to see new evolutionary characteristics come into existence. 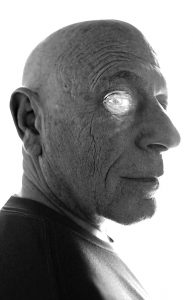 The school of fish were striped and brought up visions of zebras. Being a rainy day in LA, going to the zoo was not an option. All the animals would be hiding to get out of the rain. I’ve been going to a hardwood lumber store getting samples for a new mantle. It comes with stripes and scales. Thanks to Eliot I bring you a Zebra wood closeup. It was late at night after a long day when I saw Charley’s post and was simply stumped as to how I was going to respond and went to bed exhausted.  I woke refreshed and decided to tackle my dilemma.  First thing was to find out what “MON JOUET” meant in English.  I assumed correctly it was French and found it translated as “MY TOY”.  An image came to mind that I had made some years before when an art director had given me this toy Godzilla and asked me to create an image with instructions to “have some fun”.  So I built a city for the monster to destroy.  Using clay (to construct the smashed freeway overpass), old toy vehicles, train set towers and trees plus painted cardboard cutouts for the city skyline I was on my way.  I don’t know about you but I can just hear this bad boy say “My toy!”

David’s lizard was a curve ball again, until my wife walked in with a lizard’s skin that had been just freshly shed. I thought what serendipity when she handed it to me. The next day was my turn and I made multiple exposures and began to combine them together with different processing instructions. Not knowing in advance of what I would actually end up it felt like being back in the darkroom. Except it wasn’t dark.
Posting....