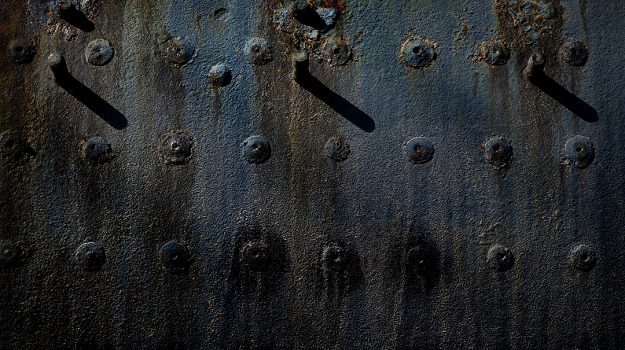 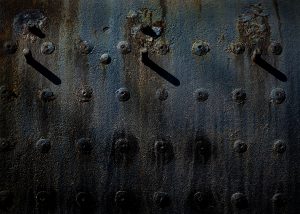 I first noticed the pattern of the rivets and the texture of the background. Framing the posts above center frame brings the eye to the sharp long shadows created by the cross lighting of the posts, and stands out against the modeled texture of the background, creating symmetry within the frame. The juxtaposition of the posts and the rivets I believe plays well with each other. In reality this framed area is only approximately 8 x 10 inches in real estate but to me felt much bigger at the time of capture. I enjoy that the rivets may be positioned in a uniform manner, but are in different periods of decay and visually very different from one another. The pattern created by the rivets reminds me of a Kandinsky painting, possibly why I was first drawn to creating this image in the first place. 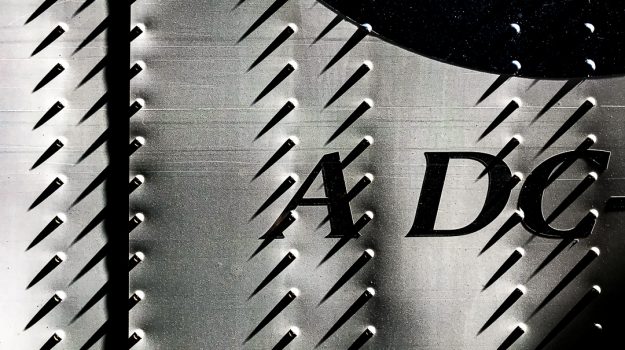 Most people think shooting at high noon is not the best time of day to make photographs… unless the texture is on a vertical surface. I was going for a walk when I went by this truck and saw the amazing rhythmic shadows of these rivets. Added in a few of the letters printed to give it a sense of size and scale. An iPhone is all I needed for this one. When I first viewed Martin’s image I thought I was looking at something organic, a seed pod possibly. I was viewing it on my iphone, the image was very small and unidentifiable.  Back at my computer I realized what it was, a discarded tennis ball, most likely the victim of an eager dog. I kept going back to the fact that Martin’s beautiful image was of a object that was of no further use to it’s owner, it was castoff. Art from a castoff object, I liked it. So here I am with another castoff item, a worthless piece of junk but beauty can be found amongst the refuse, it just depends how you look at it.
Posting....