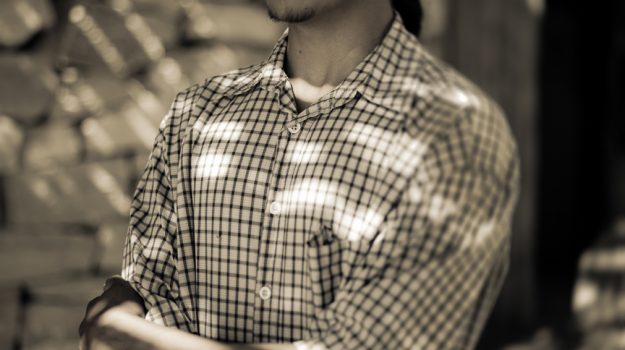 The Rio Grande border in the Big Bend where this portrait was made is remote and deceptively quiet. A shallow river crossing here has been in use for probably thousands of years by native peoples as well as by others in more recent times. Beneath the surface and in the bright light of day there is a shadow of tension, pride, fear, and anger at play. That is what this image portrays to me. The first thing that jumped at me from Charley’s photo was the obelisk so I’m thinking ‘architecture’ and ‘columns’.  Next I saw the young adults full of ‘pride’ and ‘confidence’.  I knew I had the perfect response in my files just waiting to see the light of day.  An image that had never been seen or used; one that addressed all those first impressions I experienced in veiwing Charley’s image.
Posting....