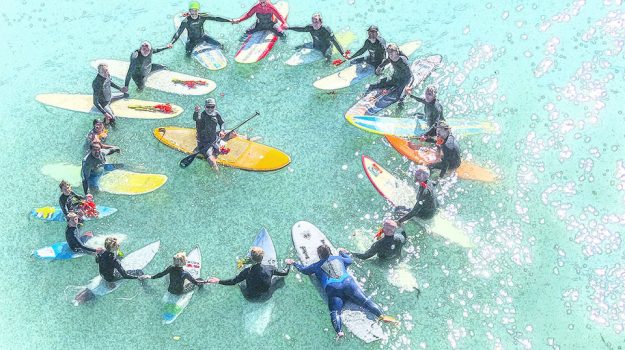 Family and friends gathered to remember one of their own beyond the breaking waves at this Surf City Paddle Out. As I gazed down on the group from the Huntington Beach pier along with others who were unable to participate in the water, I was thinking maybe this is what this memorial might look like to the departed soul. To my thinking the scene would be bright, colorful and peaceful, yet somewhat different in appearance from the physical plane that we the living experience. This is my interpretation on what it would be like looking down from the other side with help from Photoshop. 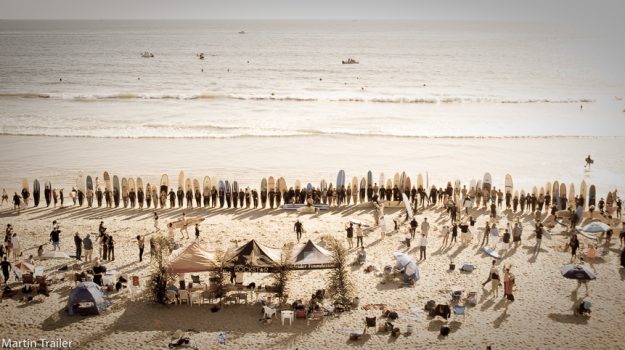 This was about a year and a half ago for a guy I grew up with who was one of the most down to earth people you could ever meet. The people that came out for the paddle out ranged from senior surfers to high school students. Danny was a Physical Education teacher at a high school not far from where we went, back in the day. This was before most people paddled out which was amazing to witness.  He was truly respected and loved. RIP buddy. 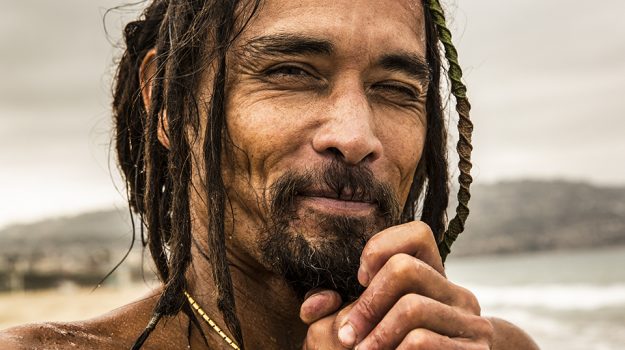 Surfers around the world practice a ritual, known as a memorial paddle out, to honor the life of a fallen surfer. Last Wednesday was the one year anniversary of my good friend Gustav Schindler’s transition back to non-physical. Many of us who knew him well gathered at the ocean’s edge to honor his memory. Red roses were handed out to everyone, and several people braved the chilly water to paddle out and spread the brilliant colored petals beyond the surf line. This image is of my cohort whose name is Kailash, after he emerged from the experience. He had left home in a hurry and forgotten his wet suit. Undaunted, he dove in and swam beside the paddlers on their boards. I wanted to convey not only the effect of the water temperature on his face and hands, but also to emphasize the unique details of his features, hair and beard. I was not shy with sharpening and pushing the pixels around. Not a bit. I like this image a lot, and not just because of the ‘look’, but because it symbolizes the commitment of one companion to another, even after the shared existence on this physical plane has ended. As we all began to leave, I turned around and saw that the incoming tide had begun to scatter the rose petals all over the wet sand, as the white water ebbed and flowed with each wave. Gustav was smiling. That I know for sure. 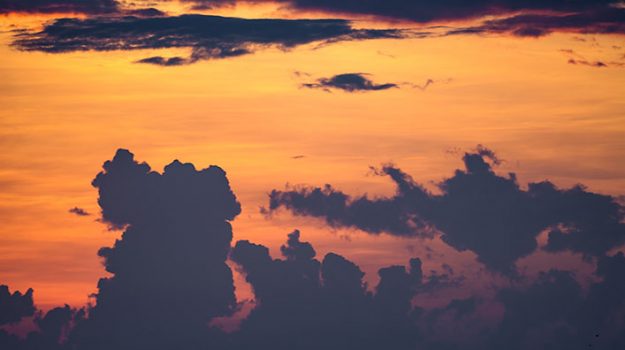