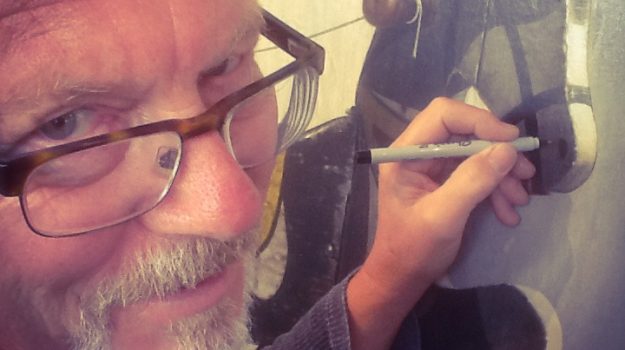 The final touch for the paint, the details that separate the common from the uncommon. To make this photograph, I interrupted Richard Hall, a terrific painter making a few final touches on the is hobby horse painting. The angle of his eyes directs the viewer to the painting and what he is doing and the pen angle grinds you back to his face and expression back around. Richard’s expression gives the viewer a glimps into the mind of a creative master, a bit of mischief.
Posting....