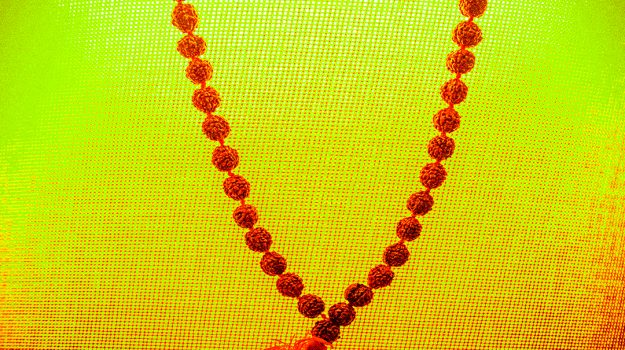 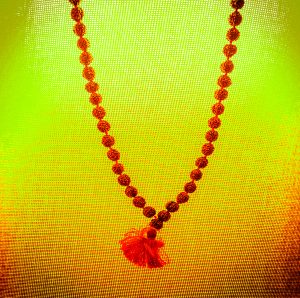 Mala Beads have been used for thousands of years in the Hindu/Yoga tradition. There are always 108 beads on the thread as this number is ancient and sacred in origin. This number also connects the Sun, Moon, and Earth: The average distance of the Sun and the Moon to Earth is 108 times their respective diameters. Interestingly, the Rosary used in the Catholic practice also has 108 beads to keep count of the Hail Marys said during the prayer. This string is hanging from a lamp on my bedside table and is one of the last objects I look at as I turn off the lamp before retiring. The only light source is the bulb behind the lampshade itself. I created the color effects to underscore the mystery and deep meaning behind this nightly companion. Repetitive Shapes. Eliot took the road to linear, Blue took the fork to circular. I took the “Blue Path” with my Mala beads image. Used in the Yogic/Hindu practice of chanting, there are 108 Mala beads on a strand that have spiritual significance in many traditions. Most of the time, one wears one Mala…but this is the Daily Photo Game where ‘most of the time’ isn’t in our lexicon.
Posting....