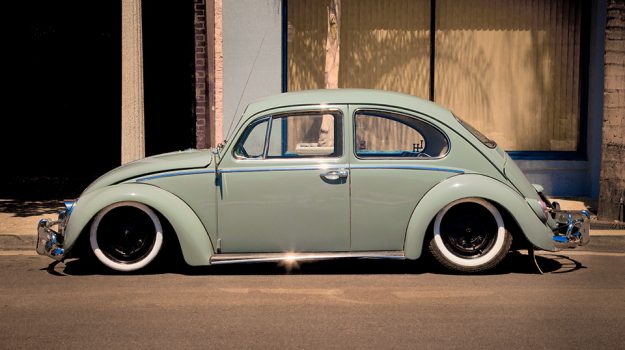 Originally called the Volkswagen Type 1, with it’s curves and rounded top became popularly known to as the “Bug” or “Beetle.” Volkswagen themselves started calling it the VW Beetle in the late 60’s because they realized how catchy the name had become. I remember seeing “Bugs” all around, just about everyone had one in High School and for sure in College. I personally owned two of them back in the day. I bet we can all name at least 3 people we know who owned bugs…or busses for that matter.  Do you remember the Disney movie “Herbie” ? To this day there are still hundreds of VW car clubs, rallies, shows, special equipment manufactures all involved with the little Beetle. Even the “Think Small” the ad campaign written by Julian Koenig at Doyle Dane Bernbach in N.Y. (and later the writer Bob Levenson) was voted Top Advertising Campaign of the Twentieth Century by Ad Age.  And those ads not only changed the nature of advertising, but even the ads we view today. Does that remind you of the series “Mad Men” ?? All this from a little foreign car with a rear engine and let’s face it, not all that sleek and beautifully designed as the cars of today. So the next time you’re driving around and you see a “Bug” remember “Beauty is in the eye of the beholder.”
Posting....