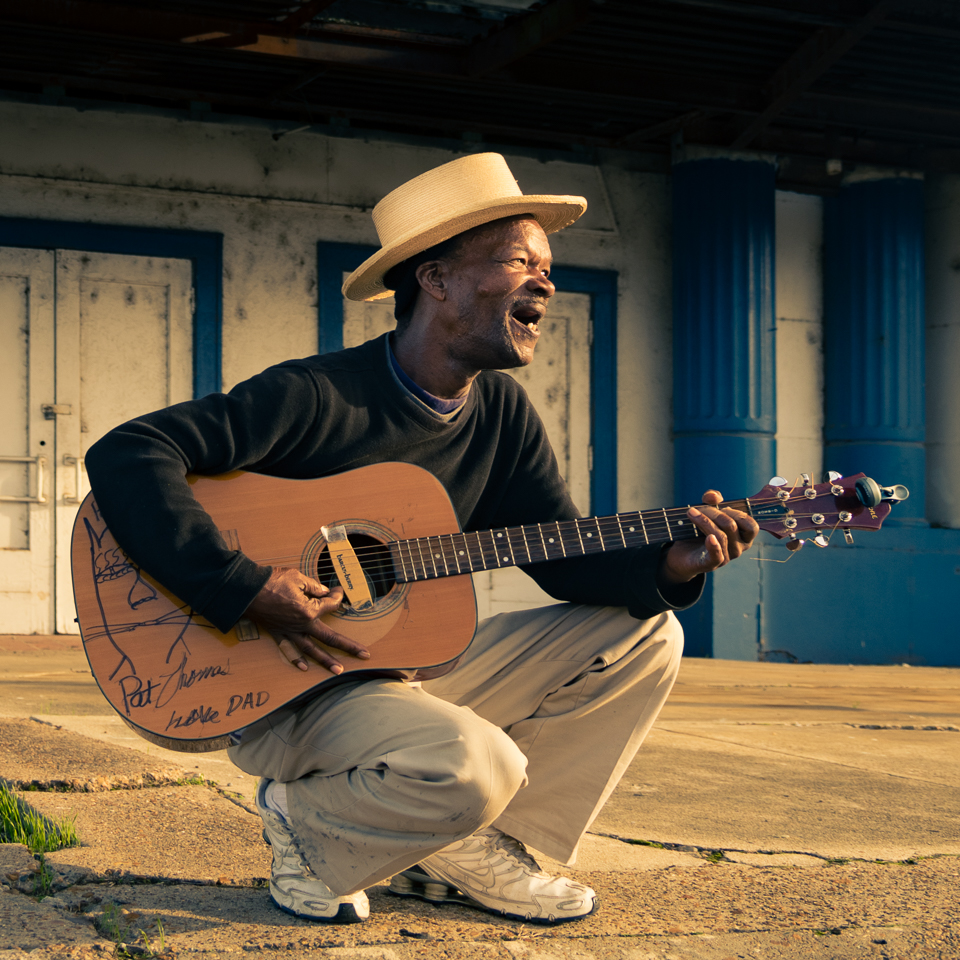 On a road trip driving south on Hwy 61 in Mississippi with no particular agenda, except to end up home in Austin, TX within a day or so. Nothing but cotton fields for a long way. I felt way out there, happily on my way to God knows where. Pulling through Leland, MS all of a sudden there are people…tourists, sort of. What’s here? What’s here is ground zero for the blues, Mississippi blues, Delta blues. And a small storefront turned into a not-quite-ready-for-primetime tourist attraction, the Highway 61 Blues Museum! Inside I met this man, Pat Thomas, son of  James “Son” Thomas, and Pat was there to play some music on his guitar for 3 bikers from Helsinki and me. He played and sang wonderfully. I felt so happy and lucky to be there right then. I asked him if he’d step outside onto the street and pose for a portrait. For the Daily Photo Game I fashioned the shot into an album cover.