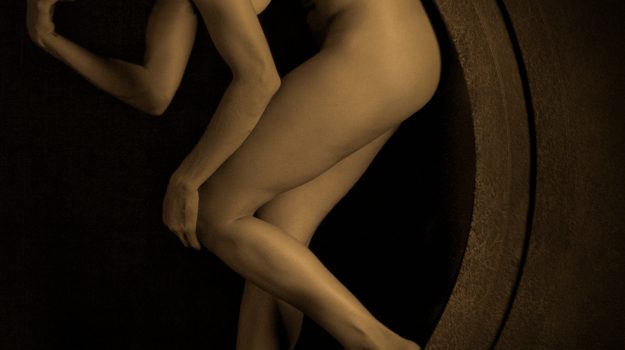 I have found that shooting nudes is much harder than it looks. At first blush it seems, how could you go wrong? How can you go right is more like it. It helps to have a beautiful female form to start with…one that is willing to experiment. This image was not very tightly preconceived. I just had access to a studio prop and a willing beautiful woman as I previously mentioned. The resulting image is a co-creation, and it seems as though it refers to creation. For my image I decided to work with the third geometric shape, the square and complete the series started by Blue and commented on by Bob.  I have used both similar and opposite components in responding to Charley’s image of the woman in the bubble by going “Outside the Box” so to speak.  Yeah, pun intended.