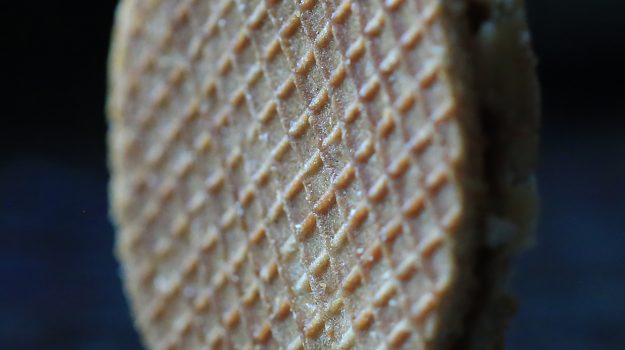 Sometimes no matter what the occasion is, cookies are the answer. Such is the case today. I was thinking about silicon wafers that brought me to vanilla wafers, which then lead me to Waffle Cookies and their imprints. Even better are Belgium chocolate-dipped cookies. There is something about the milk chocolate vs. dark chocolate debate. Most days the dark wins over the milky cookies because of the deeper tastes. Dipped, milk wins. And you out there! Are you hiding behind the milky ways when in reality you cherish the fruity notes of the darker varieties? Which will it be, light or dark today? Seeing the light on these rolling hills made me instantly stop the car, get out, and spend time making images of the area. I have been on this road and photographed this same area many times before. But this time was different. Even as I was capturing the images, I had decided to crop them horizontal and narrow. The color of the landscape seduced me with it’s light amber and rich chocolate texture. The wind was blowing quite a bit and with the light shinnning through the ever changing clouds I was mesmerized. All the time I was shooting, each image made, became more exciting. To me it appeared as if  a giant had pulled a huge comb accross the earth in front of me only moments before I had arrived there. The sizzling image by Eliot prompted me to buy too many chocolates infused with champagne. I barely noticed the flowered dress she so coyly was wearing but it led me to make the dark chocolates more interesting when dusted with powdered sugar to add some texture to the balls.
Posting....