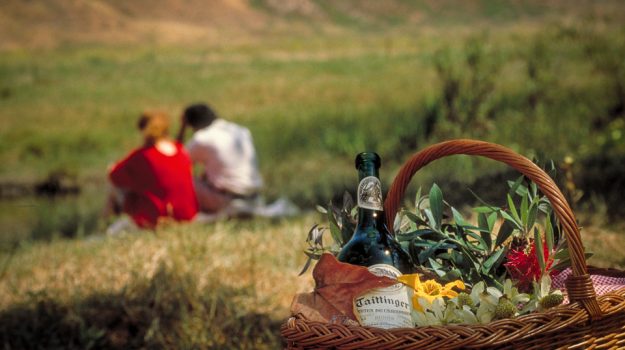 This is one of those photographs that you grab whatever is close-by and make it up as you go. Demonstrating to a group of students it was decided a picnic would be the theme determined by the close proximity of a basket at hand.  The champagne bottle was in it and off we went to a wild life preserve near by. We gathered some of the local flora for propping up the bottle and filling the basket.  Two of the students were placed on the edge of a stream and we all backed up just past the shadow catching a sliver of sunlight on the basket. Used a medium telephoto lens wide open for the shallow depth of field.  Lesson done in about 30 mins including travel time.  Lesson well received. 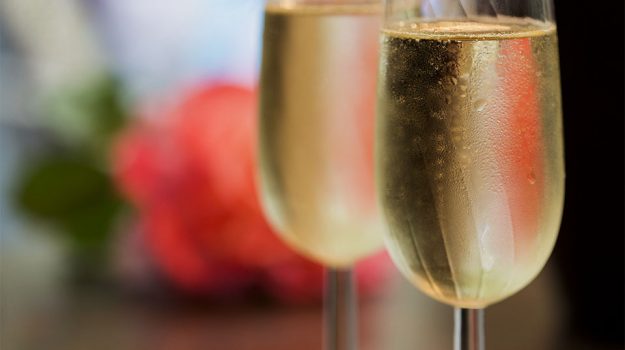 I have a lot to be thankful for and today was a day to celebrate and what better way to remember the moment than to record it. Each day I send my lady a flower, a photographic one. One that needs no water, lasts forever and one she can look at any time she likes. I capture images of flowers wherever I go and I send them to her with my thoughts of the day. While this is not one of those images it is a captured moment to remember our togetherness. Being in the moment left no time for studio lighting and this image was made with “available light”, light that was at hand. In this case the still life is lite with the soft light from windows behind and to camera right with the addition of an old copper lamp with bare bulbs just above and behind the glasses. It is a mixture of cool backlight from the shadowed side of the house, sunlight from the side windows and warm incandescent light from the indoor table lamp. The flower was picked from the garden to add color and the background was simply a reusable shopping bag sitting on a chair outside on the patio. To get the illumination of the liquid the glasses were positioned to take advantage of the light and the shapes and colors of the others items in the composition.  Then it was back to moment. I love Champagne! Since not all sparkling wine is technically Champagne (in fact the bubbly in Blue’s image I’m following is Prosecco, the Italian export), my devotion covers a wide range of the genre. My emotionally adopted daughter Chelsea (know affectionately as ‘Pnut’) graduated from the U of A in Tucson this past May, and she asked me to accompany her on a tour of the campus and create an album of visual memoirs. When I spotted this tree tunnel, she pulled a bottle of champagne out of her purse (college coeds are likely to do this sort of thing I discovered),  and said “Let’s shoot here!”. And so we did. Perhaps Pnut shook the bottle a tad too much, resulting in this cascade of foam and bubbles, completely obscuring her face, but then as the American writer F. Scott Fitzgerald once commented, “Too much of anything is bad, but too much Champagne is just right”. Well played Pnut! Images appear before us. You may have passed a certain street or scene hundreds of times and never really paid attention to the view. Then one day that’s all you see everywhere you look. The great colorist, Ernest Hass, spoke of each photographer having a compositional key. His was the infinity sign. Recently, I’ve been seeing spheres, balls, and bubbles. The sizzling image by Eliot prompted me to buy too many chocolates infused with champagne. I barely noticed the flowered dress she so coyly was wearing but it led me to make the dark chocolates more interesting when dusted with powdered sugar to add some texture to the balls. Working with my hipstamatic camera aka iPhone I made this photo a while back hoping someday I might have the opportunity to play it. It seems here is the appropriate place. I’m following David’s color palate with the yellow. This man is toasting you the viewer with his glass of champagne. And as a friend said the other day when I announced we had no more cold champagne, “Who lives like that?” Indeed, who lives like that? No more cold champagne? That’s just silly.
Posting....