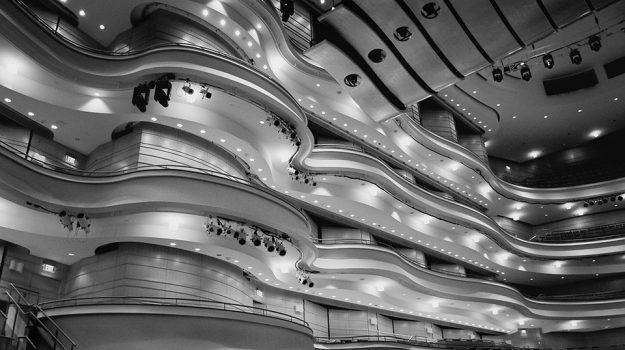 Repeating shapes and patterns are fun to play with and this concert hall was a visual playground for me. There were so many intriguing shapes and patterns from which to create. From close up to wide point of views, I could have spent all day here. But I was only allotted a few minutes so working quickly
the decision was made to shoot wide from a low perspective. This POV gave me the most information about the structure and the repeating shapes of the architecture made a visual pattern all it’s own. The decision to create this image in black & white was made in the processing stage of creation and distilled the shapes to it’s beautiful form using light and shadow. 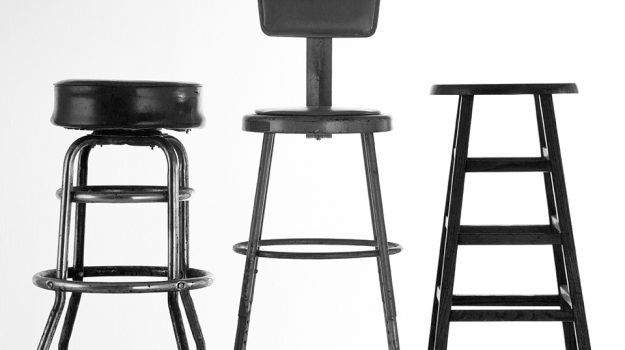 Three different stools, all in a row. Lined up like screwdrivers or wrenches as if in a mechanic’s tool box. To me these are the ones I start with when photographing people after the decision has been made to have the subject sitting. Various shapes and heights picked for different reasons. The different positions of the rungs or foot rests are used to place feet and corresponding legs at different heights, one stool has a back and can be turned around and using the backrest to position an arm or elbow and then the chin can rest on the hand, with the backrest just out of frame. Sometimes I let my subject pick the stool that they might like. Often a person’s choice gives me a little insight into their taste and style. These three stools are only a few of the choices I have to pick from, but they are my favorite ones. And just like any good proven tool, they have become my “Go To Stools.” 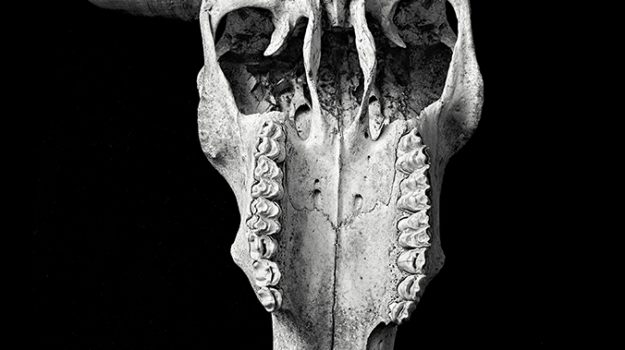 Skull Inside-out Skull Inside-out Todays creation came about from thinking of hunting animals, Bambi, gun owners rights, and our own mortality within our providence.  I shot a cute little chipmunk last week with a camera, and was trying to create something worthy today but threw it back to the rotting idea pile.  To many cute pictures of animals can be suffocating.

Here in the southwest we have places that sell animal skulls for decorating a ranch style home.  I admit to having one such skull, but it is not a bull but some other large animal, and the fake horns were attached for grandeur in size and sales.  This abomination is why we liked it, oddly enough.  So after retrieving this creature off the wall and removing some dust, dog collars, and a yarmulke, Kippah, I realized that the unseen back side of his/her (PC?) skull would add additional interest if photographed sort of inside-out.

Thus, this new reincarnation, now an icon of power and henceforth named “Punisher” protector of all Bambi-esque lifeforms, will only return to the wall with a change in mounting brackets. That is…if I get permission.  At least I have this new image!

“One should not only photograph things for what they are but for what else they are.” – Minor White

Toys in the Attic 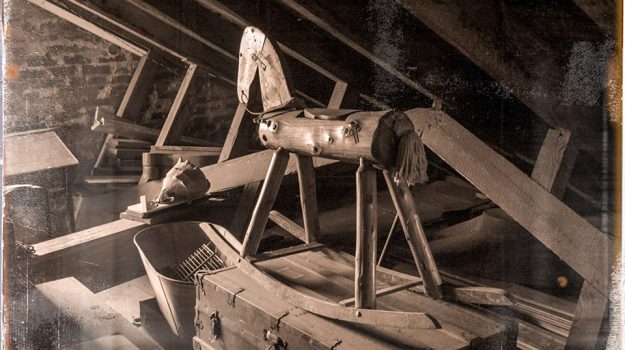 My experiences with this rocking horse came back strongly as I happened upon it in the attic of my boyhood home. The house was built in the 18th century, so it contains bits and pieces of  history from many generations. The rocking horse was made for someone who was a playful child long before I came along. There it was, alone, waiting. Hello. Old toys have such patience, and they stir faded but persistent memory. I simply put the camera to my eye and clicked the shutter. There was nothing to rearrange. The black & white conversion and edge treatment were automatic as a DXO plugin. I’m not fond of packaged edge treatments on the whole, but I felt that this one enhanced the image. 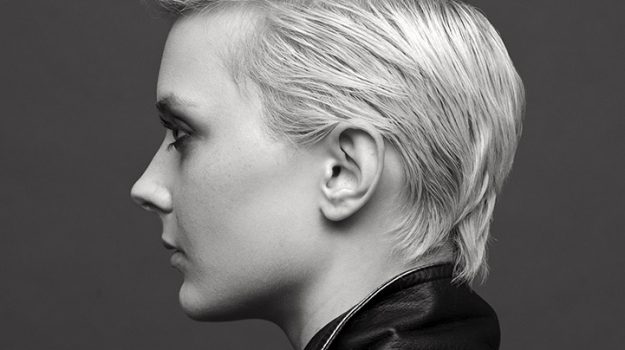 The model was beautiful and she was letting the hair/make-up artist play with her hair. There seemed to be nothing that they could do that was wrong. At some point I asked them to just stop and let me make a portrait before things devolved. I used a light that I built based on second-hand information from a former assistant of the fashion photographer Francesco Scavullo. It’s my “Scavullo light” and it seems to do no wrong either, especially for black and white. Lately I like using plug-ins from DXO and NIK for converting digital color files into black and white, because they provide a lot of flexibility in making good looking black and white imagery. Along with the lighting and posing, I hoped this portrait would convey a vintage feel. 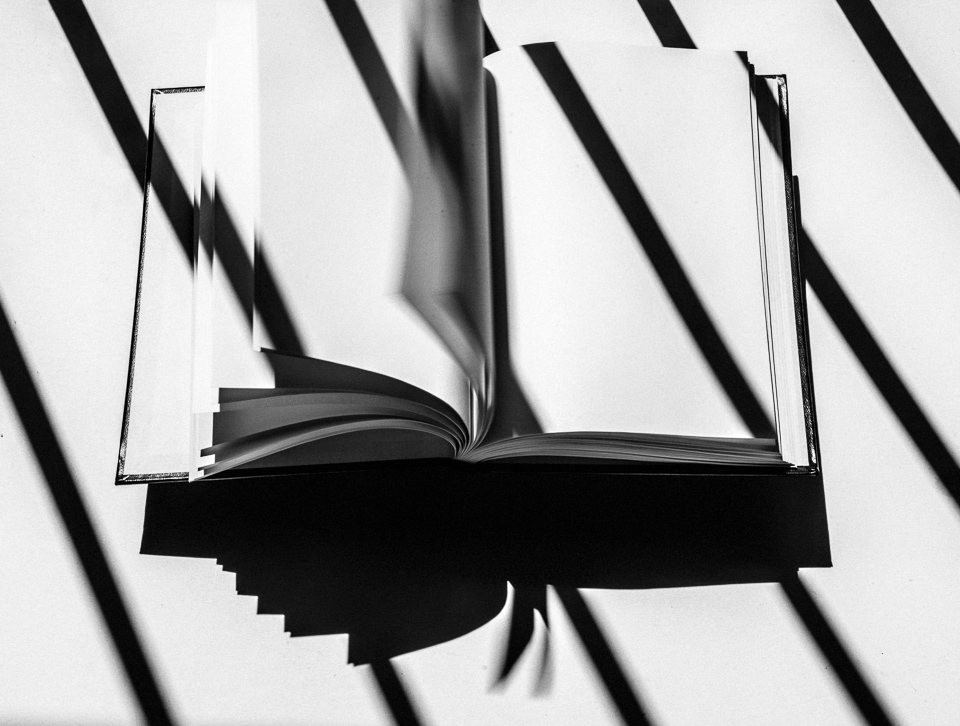 I started with the simple idea of light and shadows, and then thought about wings fluttering. With these thoughts on my mind, I went to take an afternoon nap. I opened the New Yorker Magazine to read and turned to a page with an image of a book in sunlight. Bam! No nap now, couldn’t possibly sleep because my mind was working on making an image of pages turning in sunlight with shadows. For simplicity and clarity I chose a book with blank pages that I keep stored in my desk. I took all these thoughts and elements out onto my sunny patio to see what would happen. Using a long enough shutter speed to get motion blur, I opened the book to the middle and shot what happened next. I suddenly knew I was going to make a picture that I liked very much. 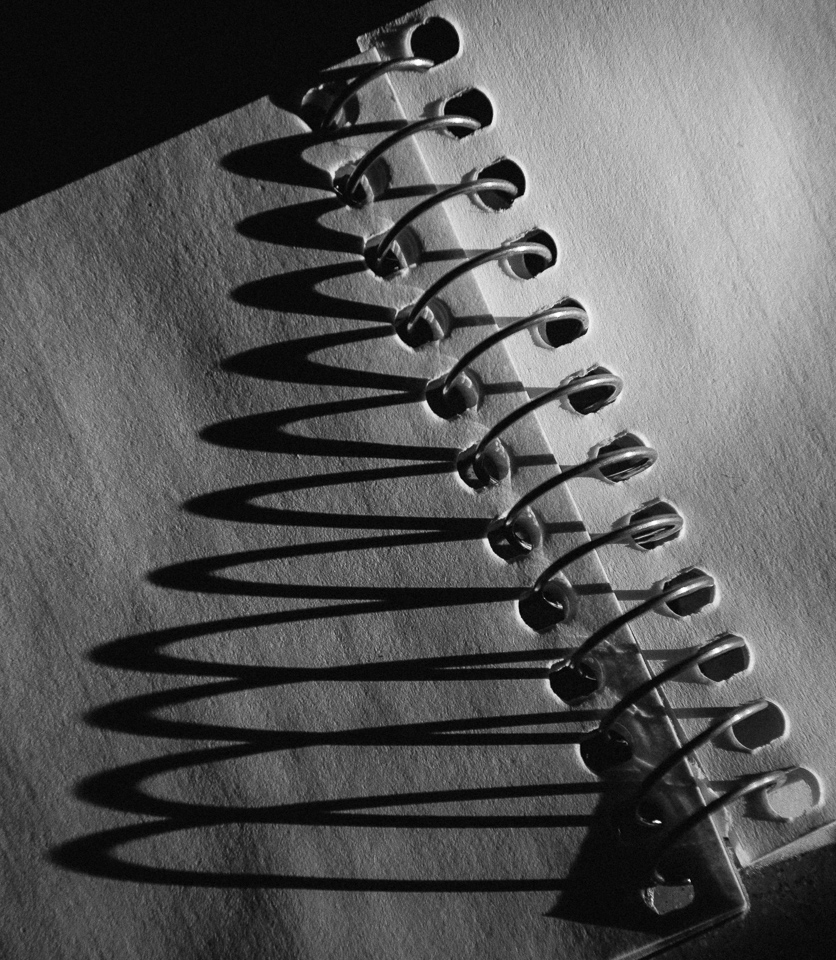 A couple of days ago, the sunlight streaming into my kitchen created this scene, which I noticed while I was in mid-sentence in a conversation with a friend. I picked up my camera to do again what I’ve been doing most of my long life, which is to make a picture of something that catches my eye as a result of my being observant. Light, shadows, and graphic design come together and make me happy sometimes. It’s old school photography. It’s what led to my going beyond the basics, going to school to study and learn the craft, and ultimately making photography my profession. I’ve just come away from a week’s hard travel and work solving visual problems professionally, and the simple process of observation and taking a picture for sheer joy is a reminder of where I started. I processed the image in Lightroom and used a VSCO plug-in called “Tri-X”. Tri-X…my old favorite film, processed in D-76 1:1 dilution. I miss the old school analog methods sometimes, but I’m appreciative of the greater capabilities and possibilities that digital photography has brought me. The end result sometimes is just the same as it always was, and I’m still old school. 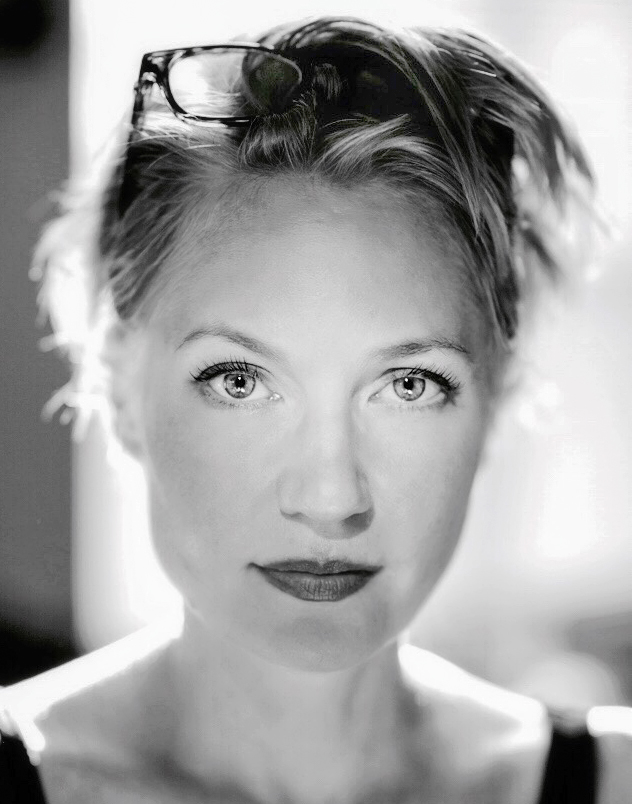 This image was a lighting experiment with an LED tactical flashlight. The model is my lady Tanya, who makes it easy for me to make a pretty picture. The flashlight was used to add a bit of localized light quickly and easily, in this case concentrated on the eyes, to the subject in strong backlight. It was intended to add some drama in an otherwise casual setting. I think it fits with the ongoing theme that the Daily Photo Game is playing lately. 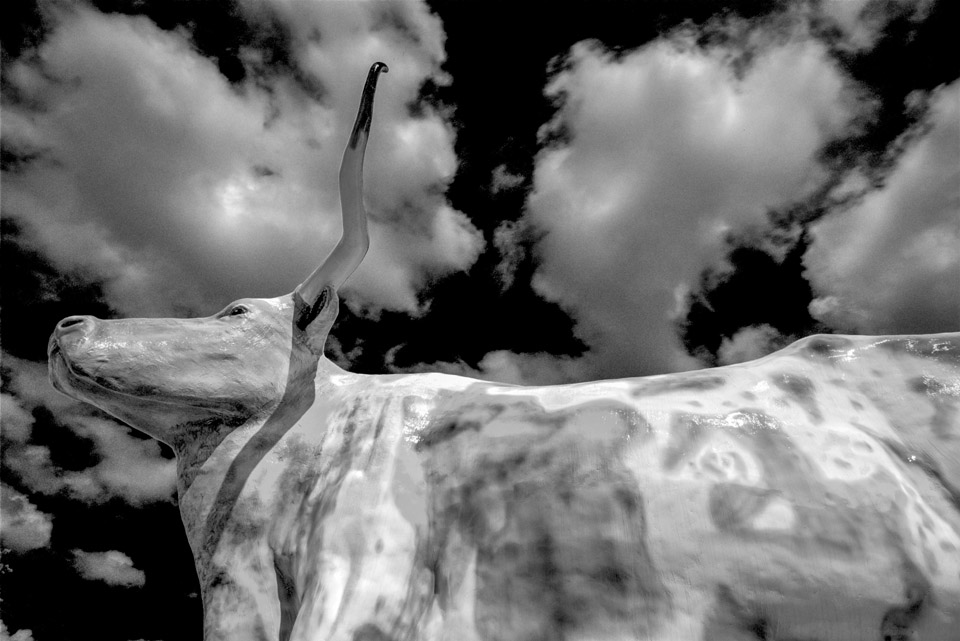 Love and longhorns. Bevo is the mascot of the University of Texas Longhorns football team. There is a lot of love to go around when that subject comes up. A picture of Bevo looming large under the Texas sky. Both are forever.

A Fungus Among Us In keeping with our pending holiday, Halloween, I thought i might get the ball rolling with a more haunting image of produce. As this game day catches me in Montana, I had to go to my library for todays play. I photographed this image when I was 16 or so. Shot on high contrast litho film, i have always liked it, but have never had an opportunity to show it. In did shoot some images on our property, and I did get a couple of good shots, but nothing that fit all that well with Roberts image. Spots and lines was my chant whilst shooting today, I found that combo in this 40 year old image.